PLEASE NOTE: This item runs small and very short. When in doubt, we recommend ordering one size bigger.

Product Description
Even though flight instructors are figures of authority, there's something appealing about this sexy mini dress with a cap. Sexy Flight Instructor costume for Carnival or your next costume party.

This sexy flight instructor not only knows how to land a helicopter. She knows how to maneuver even the biggest of aircrafts. Her three piece dress exudes a certain authority, a detail her male students won't miss. A dash of authority here, a pinch of erotica there and whack! Even the slackers in the back row are putty in her hands.

Designed like a uniform, the dominant black and white color scheme of the costume hugs tight on the body and lets the playful details shine through. The coy, or better yet, sassy collar with its mini tie slightly covers the middle of the neckline, making it a bit more chaste. Just below the bust, a belt-like band adds another layer of severity to the outfit while highlighting those feminine curves. The band makes the waistline appear slimmer, visually adding extra volume to what's above.

The golden buttons on the front as well as the buckle don't have any practical function – except making it all easier on the eyes. The same goes for the eagle badge. Only experts deserve such a pair of wings. A pilot cap completes this sexy flight instructor costume. And now it's time for the students to earn theirs. 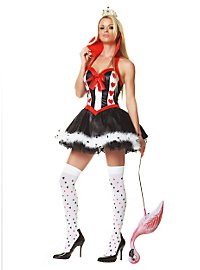 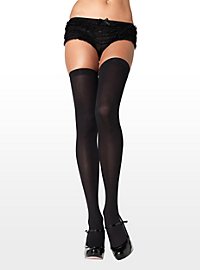 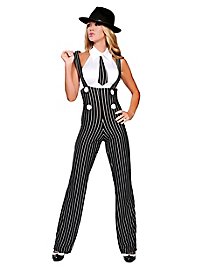 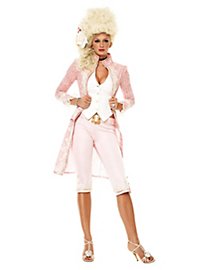 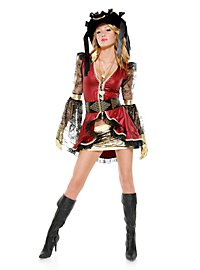 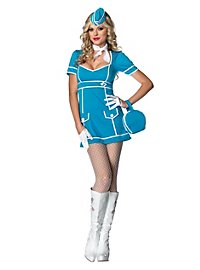 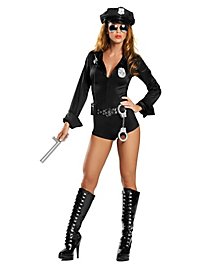 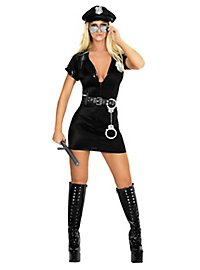